2019 has come to an end, and we thought we’d take a look at the top search trends in Bristol during the year. The search results provide a unique insight into the trends and events that have been motivating people in Bristol.

So without further ado, let’s look at some of the most interesting trends we picked up on, before exploring the full list of fastest rising searches in Bristol in 2019.

Extinction Rebellion saw the biggest search trend increase by far, and that’s not really a surprise. Extinction Rebellion has been all over the news in 2019. The movement was launched in May 2018 in the UK, but 2019 was the year it really got going.

It has a local Bristol website with news and information about events and how to get involved in the local movement.

Searches surrounding The Lion King musical were some of the biggest search trends this year in Bristol. This was because the musical returned to Bristol’s Hippodrome for the first time since 2012.

The show ran from September 7th to November 23rd, and with just over a couple of months to catch a show, it’s clear that a lot of Bristolians were keen to snap up tickets as soon as they become available.

Another event clearly causing a buzz in Bristol in 2019 was the opening of The Wave, an inland surfing centre situated on a 180m artificial lake on Washingpool Farm in Easter Compton. This is the first of its kind in the northern hemisphere to use Wavegarden Cove technology.

People can visit the centre, which opened in October after nine years of planning, to enjoy safe and consistent waves at any time of the year, with up to 1,000 waves an hour from heights of 50cm up to 1.8 metres.

The website states that it has “many more applicants than vacancies”. Perhaps the rise in searches this year is due to an increase in general hardship or as a result of austerity or problems relating to Universal Credit, but it’s hard to know for certain.

Two new steak restaurants opened in Bristol over the last year: Mugshot and Miller and Carter. They have both seen lots of searches during 2019, which is a testament to the hype that has been generated with their respective launches, and also Bristolians’ appreciation of new culinary experiences.

Mugshot opened in 2018 and describes itself as the “epitome of 20s dining glamour” with its wood panelling and chandeliers recreating a vintage feel. It is located on St Nicholas Street, and reviews have been very good so far.

Miller and Carter opened in December 2018 in the Bristol Marriott Royal Hotel in the city centre and has quickly earned a reputation as one of the best steak houses in the city. Along with the Ox, Chomp, Pasture and old stalwart the Cowshed (amongst others), Bristol’s selection of quality steak restaurants is surely one of the best in the country.

There were a lot of searches for the Bristol Bears (Bristol’s local rugby team) and Bristol City F.C. (the football team) during 2019, who share a home ground at Ashton Gate Stadium, just off North Street in South Bristol.

The Bristol Bears were celebrating their first season back in the Gallagher Premiership, which seems to be the reason behind the increase in searches. The other reason could be a general resurgence in Bristol Rugby as the local team enjoyed a successful season, with some big wins, including against champions Exeter away in November.

Bristol is a big destination for gigs, and 2019 saw its fair share of big names performing in the city. Massive Attack saw the biggest rise in searches, perhaps unsurprisingly seeing as it played a huge homecoming gig back in March at a specially constructed venue at Filton in the north of the city, called the Steel Yard.

Bristol Pride is one of the biggest events of the year, and it has got more searches this year. Difficult to pinpoint exactly why this is but it could reflect that the event is getting bigger and also the fact that this year saw its 10th-anniversary celebrations. LGBTQ rights and the movements associated with them have generally become more under the spotlight over the last few years so this jump could also represent a nationwide upturn in interest in events like Gay Pride.

The Bristol Pride festival took place from July 1st until 14th, and 40,000 people took part, making it their biggest in the city to date.

Gleaning Google search data from Google Trends provides some interesting insights into the main issues that have cropped up during the year, from sporting events to gigs to new restaurants. It’s been interesting for us here at Superb Digital to look back at the big events of 2019 through the search results and reflect on a vibrant and exciting year for Bristol’s culture and entertainment and also the city’s involvement in progressive movements for change like Extinction Rebellion and Gay Pride.

We hope to be doing the same thing next year, so we’ll be keeping an eye on trends in search in 2020 and reporting back same time next year.

Below is the full list of the 25 rising 2019 searches in Bristol. 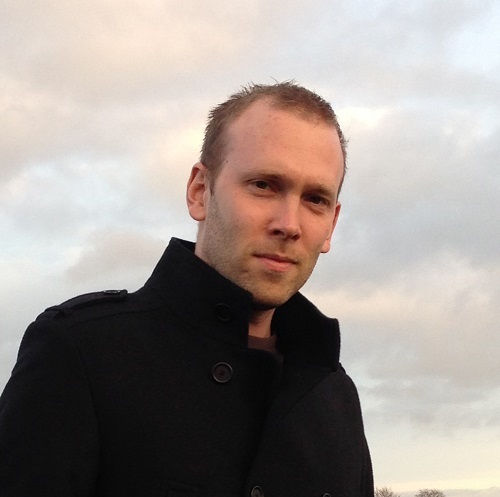